Masayoshi Okubo passed away on February 20, 2021, in Kobe, Japan, due to lung cancer.

He was born in Nishinomiya, Hyogo Prefecture, Japan, on Feb 16, 1947. He completed his undergraduate studies in the department of industrial chemistry at Kobe Universit  y, graduating in 1969, and subsequently completed his Masters degree from the same university in 1971. He was appointed Research Associate at Kobe University in the laboratory of Prof Matsumoto in 1971. He submitted his thesis and obtained the degree of Doctor of Engineering at Kyoto University in 1976 on the topic of “Studies on polymer emulsion having electrical groups”. After this, he spent 1 year as a postdoctoral research fellow at the Fritz Haber Institute of the Max Planck Society (Germany) in the laboratory of Prof Ueberreiter, working on the topic of the surface tension of polymer solutions. He returned to his position at Kobe University, where he was promoted to Associate Professor in 1985, and Professor in 1995. Later on in his career, Prof Okubo spent 2 months at the Max Planck Institute of Colloids and Interfaces in 2006, working with Dr Klaus Tauer. He officially retired from his position at Kobe University in 2010, and was appointed Emeritus Professor. After his retirement, Prof Okubo remained active, and took up a position as Distinguished Full Professor at Nanjing Tech University in China, where he was in charge of a research group from 2016 until 2018. He also established a close research collaboration with Rajamangala University of Technology Thanyaburi in Thailand, where he was appointed Adjunct Professor in 2012, working with Assoc. Prof Amorn Chaiyasat and Assoc. Prof Preeyaporn Chaiyasat.

During his career, Prof Okubo supervised more than 120 graduate students and published 397 peer-reviewed research papers and 50 patents. Prof Okubo worked in Kobe University as Head of the Division of Chemical Science and Engineering, Director of the Center for Instrumental Analysis and Vice Director of the Cooperative Research Center. Prof Okubo has also served as Vice President for the Adhesion Society of Japan and the Society of Polymer Science, Japan. He made enormous contributions to the field of polymer colloids, in particular in regard to design and synthesis of polymer particles of specific and complex morphologies. He received several awards for his work, including the ASJ Award for Outstanding Achievement in Adhesion Science and Technology (The Adhesion Society of Japan) and the SPSJ Award for Outstanding Achievement in Polymer Science and Technology (The Society of Polymer Science, Japan) among many others.

Prof Okubo was a very active member of the IPCG community – he attended most IPCG conferences between 1989 and 2019. Many of you will have known Prof Okubo for many years – he was an enthusiastic supporter and contributor to the IPCG community, and he will be sorely missed. He was well-known for his extremely clear and informative presentations, that were further enhanced by a great sense of humor. He has been an inspiration for younger researchers, and has made a very significant mark in the field of polymer colloids.

Prof Okubo was very passionate about his research – his last paper was accepted for publication in Langmuir only four days before his passing on his 74th birthday, and he engaged in discussions to finalize this paper via video chat from his hospital bed.

Prof Okubo is survived by his wife Tsuneko and their two children and four grandchildren. 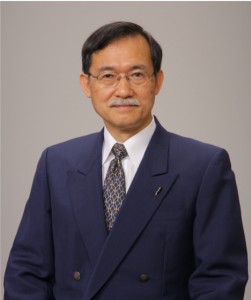